Sometimes Holidays, and Holiday Humor, takes a strange twist. Such is the case in this story, which our Editor, Floyd Allen, found to be both insightful and entertaining!

A man in Phoenix calls his son in New York the day before Thanksgiving and says, “I hate to ruin your day, but I have to tell you that your mother and I are divorcing; forty-five years of misery is enough.

“Pop, what are you talking about?” the son screams.

“We can’t stand the sight of each other any longer,” the father says. “We’re sick of each other, and I’m sick of talking about this, so you call your sister in Chicago and tell her.”

Frantic, the son calls his sister, who explodes on the phone. “Like heck they’re getting divorced,” she shouts, “I’ll take care of this,”

She calls Phoenix immediately, and screams at her father, “You are NOT getting divorced. Don’t do a single thing until I get there. I’m calling my brother back, and we’ll both be there tomorrow. Until then, don’t do a thing, DO YOU HEAR ME?” and hangs up.

The old man hangs up his phone and turns to his wife. “Okay,” he says, “they’re coming for Thanks-giving and they’re paying their own way.”

Thanks to: Thanksgiving Humor (humormatters.com)

Because we are celebrating two holidays with this Issue, we thought you might enjoy this story as well!

In a small Southern town there was a “Nativity Scene” that showed great skill and talent had gone into creating it. One small feature bothered me. The three wise men were wearing firemen’s helmets. Totally unable to come up with a reason or explanation, I left.

At a “Quick Stop” on the edge of town, I asked the lady behind the counter about the helmets. She exploded into a rage, yelling at me,

“You Northerners never do read the Bible!”

I assured her that I did, but simply couldn’t recall anything about firemen in the Bible. She jerked her Bible from behind the counter and ruffled through some pages, and finally jabbed her finger at a passage. Sticking it in my face she said,

Thanks to: Christmas Jokes at Humor Matters 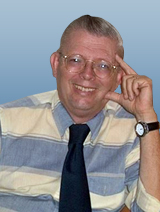